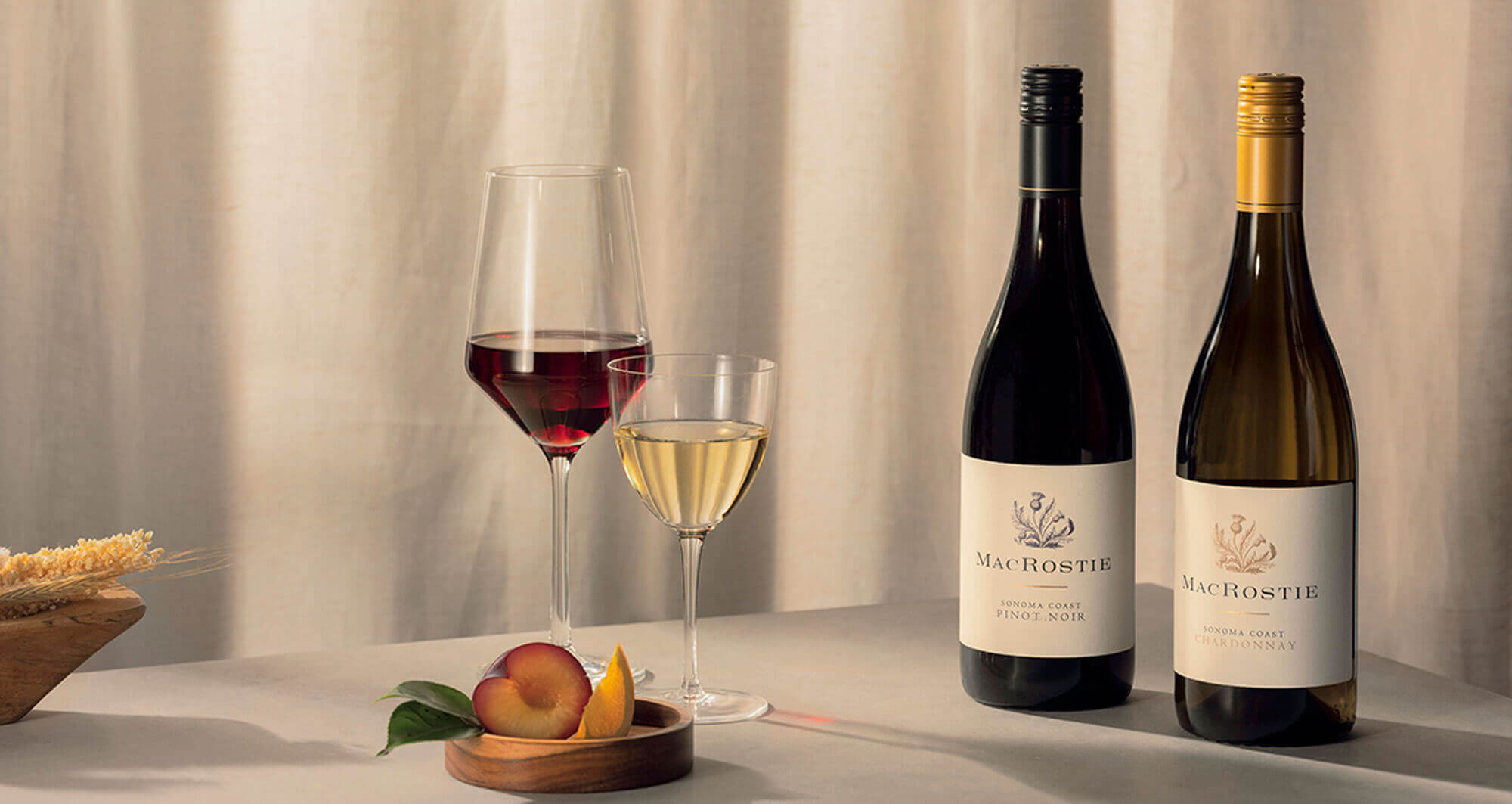 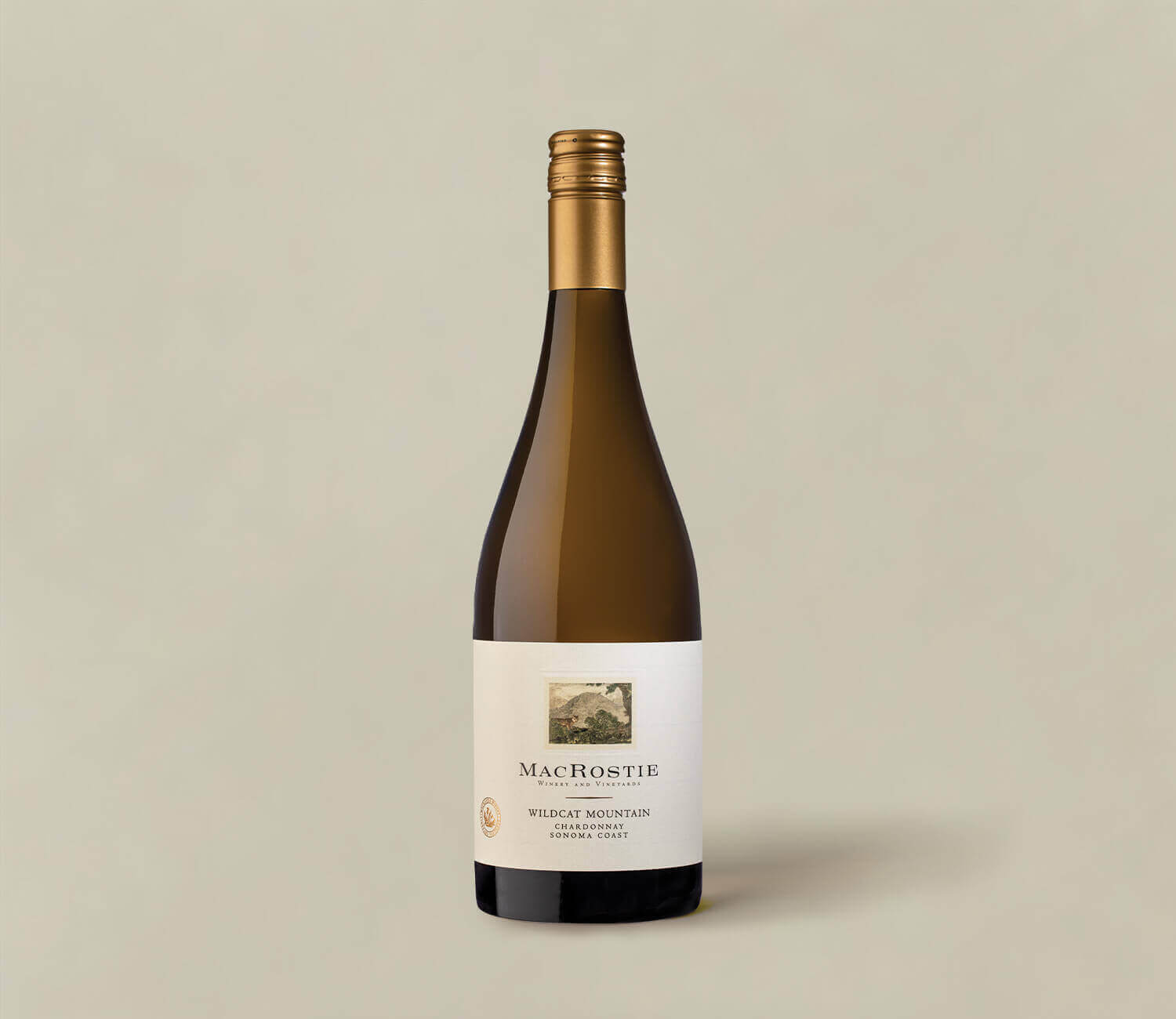 The grapes for this beautifully distinctive Chardonnay came exclusively from Steve MacRostie’s own Wildcat Mountain Vineyard. This fog-shrouded mountaintop vineyard is a classic Sonoma Coast site. Cool and challenging, it yields wines of great distinction every year—and 2015 is no exception. On the palate, it is round and rich with alluring layers of Asian pear and fragrant orange blossom, as well as signature Wildcat notes of honey and spice.

"The 2015 Wildcat Mountain Vineyard Chardonnay has a very spicy nose of ginger, nutmeg and allspice over a core of ripe pineapple and honeydew melon plus a touch of brioche. Medium to full-bodied, it packs in the spicy, tropical fruit flavors with a creamy texture and fantastic length." 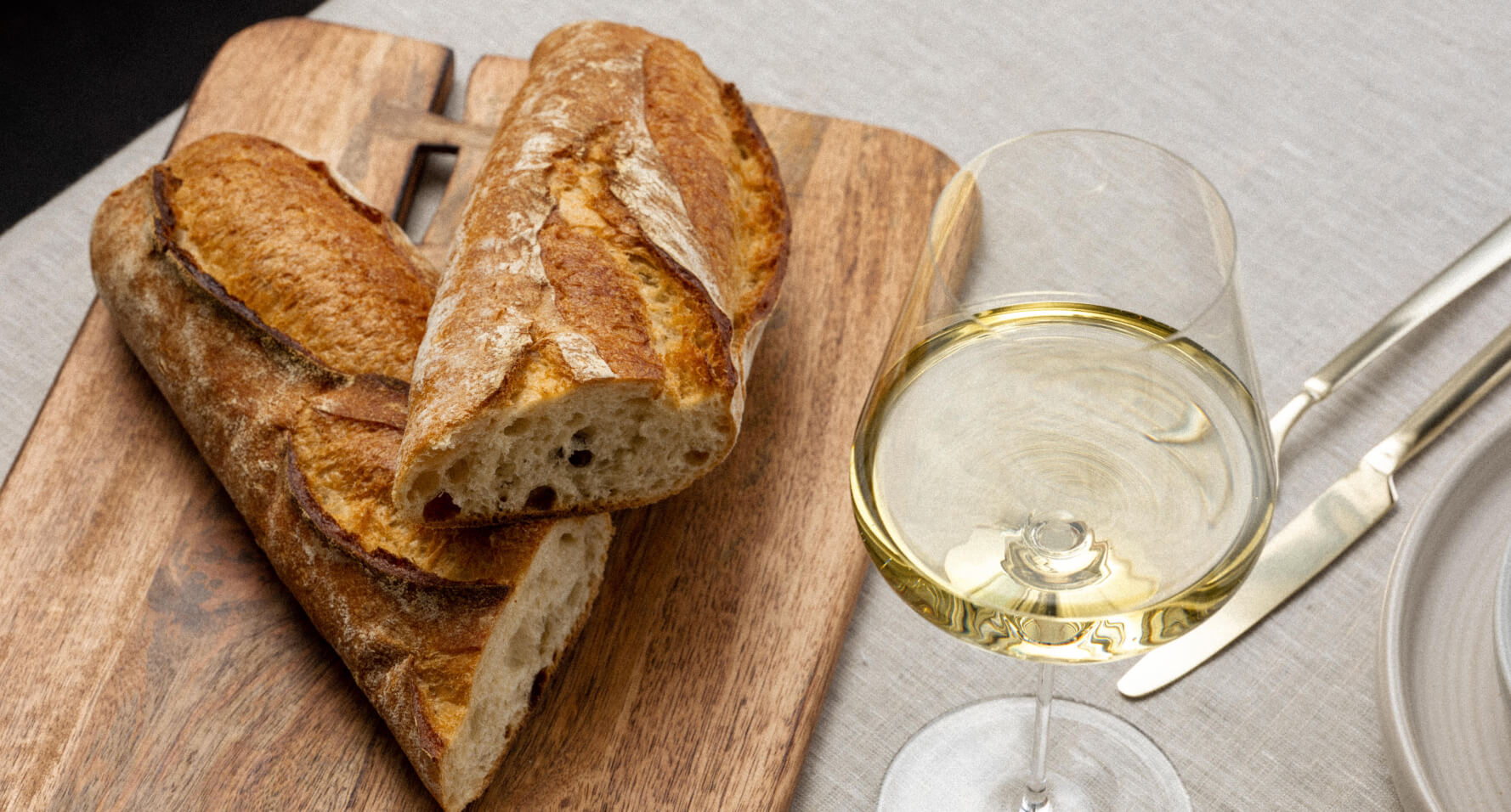 Wildcat Mountain Vineyard Chardonnay always delivers something special and unique, and this vintage is no exception. Both intricate and exotic, this wine begins with alluring aromas of Asian pear and fragrant orange blossom. On the palate, around, rich mouthfeel accentuates Wildcat’s signature high-tone notes of honey and spice. At the same time, thanks to Wildcat’s windy growing conditions, which thicken the grape skins, it has beautiful structure and body.

"The 2015 Wildcat Mountain Vineyard Chardonnay has a very spicy nose of ginger, nutmeg and allspice over a core of ripe pineapple and honeydew melon plus a touch of brioche. Medium to full-bodied, it packs in the spicy, tropical fruit flavors with a creamy texture and fantastic length."

"Earthy and slightly sulfurous in big oak, this full-bodied wine manages to grasp handfuls of bright acidity that persists through a wall of powerfully ripe tropical flavor. Aromas and aspects of citrus and white flowers contribute additional freshness."

The grapes went directly to press as whole clusters. The resulting juice was cold settled, racked off of its press lees, and moved directly to barrel for a cool fermentation. It was then aged in these same French oak barrels for 10 months, with 20% of the oak being new. The fermentation lees were stirred several times throughout the aging process. Once the malolactic conversion was complete, the wine was left to age. The very best barrels from each lot were then selected for our Wildcat MountainVineyardChardonnay. The wine was bottled on August 5th, 2016.

The 2015 vintage started with an early bud break that accelerated the pace of the vintage. We had heat accumulation that added up quickly, which led to an earlier harvest compared to most vintages. Grapes were picked from four distinct blocks planted to four different clones: 95, 76, 4, and 15. Each block had a unique harvest picking date between September 8thand 19th.

The grapes for this Chardonnay came exclusively from Wildcat MountainVineyard, owned by Steve MacRostie and his partners Nancy and Tony Lilly. At Wildcat,the vines dig into the sparse volcanic soil and stand firm against the strong winds that race off of the Pacific Ocean most afternoons. This fog-shrouded mountaintop vineyard is a classic Sonoma Coast site. Cool and challenging, it yields wines of great distinction. 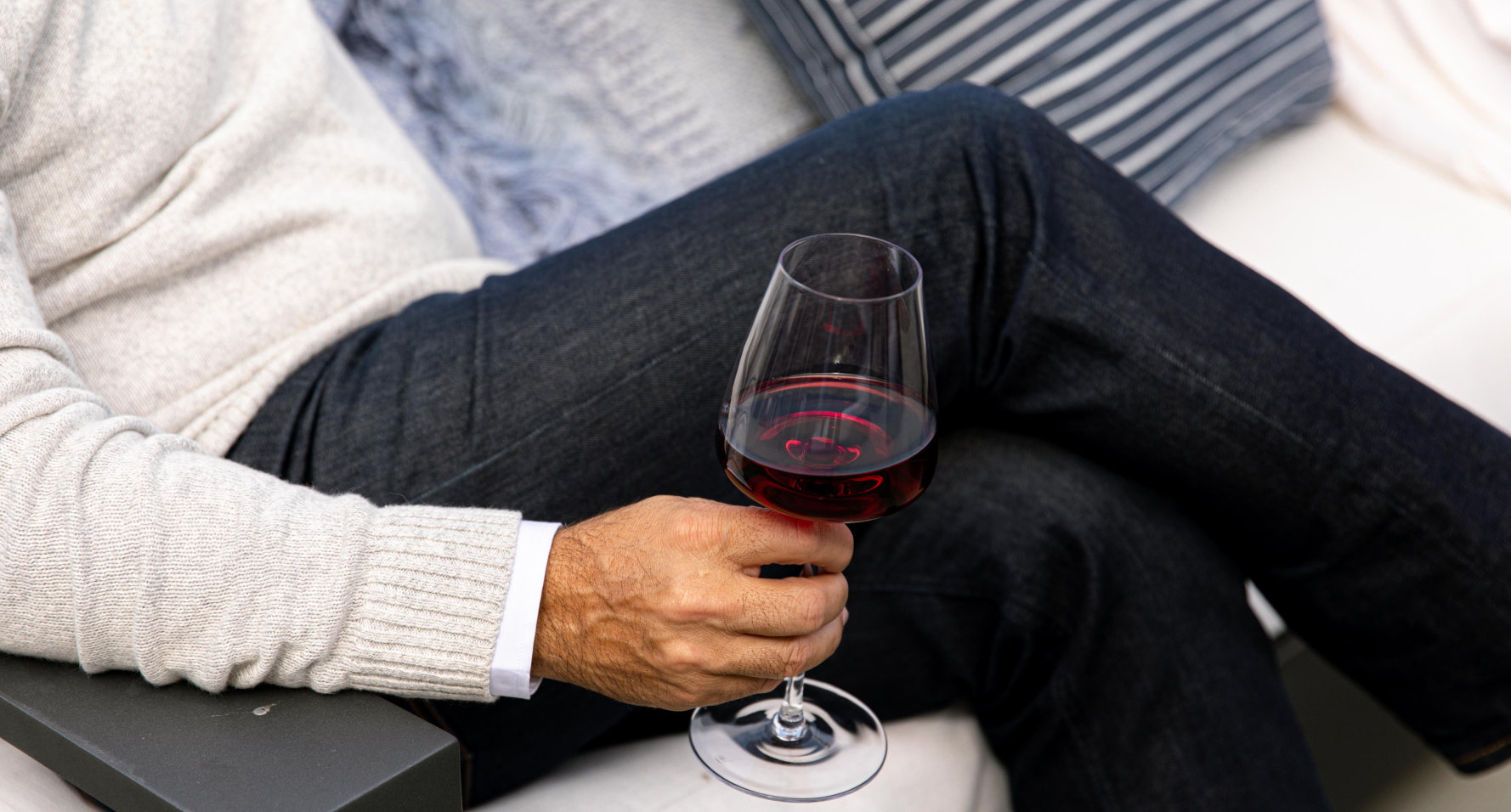 Behind the Scenes with Steve MacRostie

Members Only Event
Limited to just 12 members per session, you will explore behind the scenes with our founder Steve MacRostie. An educational walk around the vineyards and/or winery will be followed by an interactive tasting session of current wines and some gems from our library.

Depending on the time of the year, barrel samples and pre-release wines may also be included. Don’t miss this rare chance to learn from our very own Sonoma legend!

*Exclusive to MacRostie members, advance reservations required. Limited to two spots per membership. Note, you must be logged in to Tock with your member email on file to RSVP for this experience.
Behind the Scenes with Steve MacRostie
Book Now for Summer
July 31, 2022
2pm-6pm
read more

The Oak Grove at Linville College

Save the Date Join MacRostie at a premier outdoor tasting of International Pinot Noir from over 70 Featured Wineries and culinary treats from 15 Northwest chefs. The Passport to Pinot takes place in the beautiful shaded Oak Grove on the historic Linfield College campus in McMinnville, Oregon. This is a unique opportunity to meet some of the world’s finest Pinot Noir winemakers at Oregon’s largest outdoor pinot tasting. To maximize personal interaction with each winemaker, the event is split into two sessions. 35 Featured Winemakers will pour for each session and break in the middle for winemaker introductions and surprises. Throughout the event, top-notch Northwest chefs will prepare divine dishes to accompany the unparalleled array of international Pinot Noir.
IPNC Passport to Pinot
Event Information